Efficient and Reliable HPC Algorithms for Matrix Computations in Applications

Parallelism is here to stay! Today, most computers, from laptops to supercomputers, are based on the so-called multicore architectures. Connecting many thousands of powerful, and possibly heterogeneous, multicore and accelerator based nodes using a high-performance interconnect leads to truly massive parallel systems with a tremendous performance potential. A state-of-the-art resource for the Swedish e-Science is the Kebnekaise system at HPC2N, which in addition to multi-core compute nodes, includes extremely large memory nodes (3TB per node) and nodes with accelerators (Nvidia GPU and Intel KNLs). This evolution makes it possible to solve even more complex and large-scale computational problems in science and engineering. At the same time, there is an immense demand for new and improved scalable, efficient, and reliable numerical algorithms, library software, and tools. This is essential, so that computations are carried out in a reasonable time and with the accuracy and resolution required. 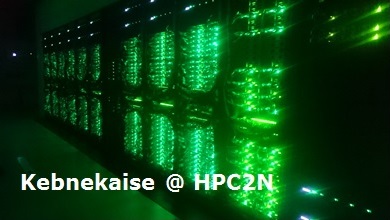 Matrix computations are both fundamental and ubiquitous in the Computational Sciences, for example, in the modelling and simulation of problems ranging from galaxies to nanoscale, and in real-time airline scheduling and medical imaging. Computing the Google PageRank vector of all web pages on the Internet is called the world´s largest matrix computation of today, with a hyperlink matrix of n-by-n, where n > 50 billion.

Besides such large-scale problems, there are many challenging matrix computations in the design and analysis of linear control systems. Modeling interconnected systems (electrical circuits, for example) and mechanical systems (such as multibody contact problems) can lead to descriptor systems. Periodic models arise in several practical applications, e.g., the control of rotating machinery. We are investigating how to exploit the inherent structure of several of the associated matrix problems. 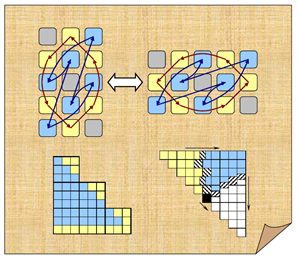 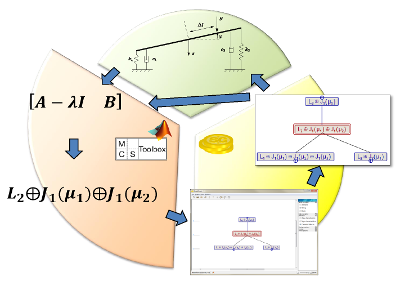 Aims and research focus
In this project, we develop generic methods and tools for various matrix computations in e-Science, spanning the whole spectrum from small- to very large-scale problems. Everything from core problems in linear algebra to matrix equations and eigenvalue problems appearing in various applications are addressed. To achieve the best performance and maximize the utilization of today’s and future large-scale HPC systems, the algorithms and data structures must match the hardware, including deep memory hierarchies, as well as the functionality of the compilers.

The results include novel theory, algorithms, library software, and tools to be used as building blocks for various academic and industrial applications.

International awards and research grants
Research conducted in this project, made possible via grants from the Strategic Program eSSENCE and the Swedish Research Council (VR), has been rewarded internationally: