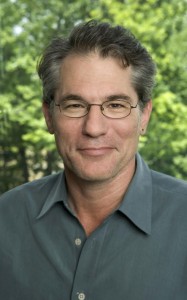 Now that the sequencing of an organism’s genome is routine, we have entered a period where we can systematically alter animals genetically so that any given protein or its expression pattern can be observed in a targeted set of cells. Combined with new modalities of light microscopy, this allows us to observe molecular mechanisms within the cell, observe the developmental trajectory of growing organs, and to map the cellular anatomy of organisms and organs such as a fly brain, a zebra-fish heart, or the stem of a plant. Moreover, such observation-based approaches are essential for truly explaining the behavior of cells and cellular collections in molecular terms, as it is increasingly becoming apparent that molecular interactions alone are insufficient, but rather physical effects, such as force, fluid flow, and phase transitions are operative. All of these developments increasingly require computation to either extract information or to quantitatively measure an effect in the vast sea of images produced by such explorations. This is creating the growing sub-field of bio-image informatics in which the speaker has been engaged for the last ten years. He will illustrate the trend with a number of examples and close with a vision for his new work in Dresden towards mapping in vivo developmental trajectories in order to hopefully contribute to a deeper understanding of how, in molecular and physical terms, a collection of cells form a tissue of a given shape and size.

Gene Myers is the Tschira Chair of Systems Biology at the Max-Planck Institute for Molecular Cell Biology and Genetics in Dresden, Germany. He is best known for the development of BLAST, the most widely used and cited search tool for biosequences, and for advocating the paired-end whole genome shotgun approach for the human genome, and then building the assembler to do so at Celera Genomics where the fly, mouse, and human genomes were sequenced in a three year period. Gene Meyers is a member of the National Academy of Engineering of the USA, and of Leopoldino, the German National Academy. He won the ACM Paris Kanellakis Theory and Practice Award in 2002, the International Max Planck Research Prize in 2004, and was awarded an Honorary Doctorate at ETH, Zurich in 2006.