The Challenge of Future High-Performance Computing 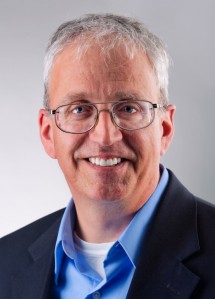 The development of increasingly faster computers has revolutionized research and society. Future information systems, from cell phones to supercomputers, depend on dramatic improvements in energy efficiency and parallel programming. To build the next generation of supercomputers, at Exascale with a thousand-fold increased computational power, the energy per operation must be reduced by a factor 100. Cell phone, server, and embedded processors require similar improvements. Only a factor 4 of this reduction is expected to come from improved semiconductor technology. The remaining factor 25 must come from more efficient architecture and circuits. Because most energy in modern computers is spent moving data, improvements in data locality and in the efficiency of data movement are particularly important. Because conventional single-thread computing performance is no longer improving at previous rates, the bulk of future computing performance will come from parallelism. We expect an Exascale system to require applications with 1010-fold parallelism and even cell phones and personal computers will require 104-fold parallelism. Incremental approaches to parallel programming are difficult and inefficient. However, with appropriate hardware mechanisms, locality-aware, fine-grain parallel programming can be made both efficient and productive. Such advances in computer science may within this decade facilitate new research problems to be solved and have far-reaching impact on society.

Bill Dally is Chief Scientist and Senior Vice President of Research at NVIDIA Corporation, and Professor and former chair of Computer Science at Stanford University. He has also worked at Bell Labs, Caltech, and MIT. He and his groups have developed system architecture, network architecture, signaling, routing, and synchronization technology that can be found in most large parallel computers today. He has published over 200 papers, holds over 90 patents, and is author of three textbooks. Bill Dally is a Member of the National Academy of Engineering, a Fellow of the IEEE, ACM, and the American Academy of Arts and Sciences. He has received the ACM Eckert-Mauchly Award, the IEEE Seymour Cray Award, and the ACM Maurice Wilkes award.